Many of the early developers of heavier-than-air flight looked to militaries for uses and funding for their inventions before the plans left the drawing board. Militaries funded several aircraft developers, especially in the late 19th century; however, failed demonstrations caused great skepticism by the time the Wright brothers were able to fly predictably. Although the Wright brothers visualized military uses for their invention early on, after they mastered the air it took several years to convince the US Army to invest in aircraft. At that time, the Army was very skeptical of aviators after having received much bad publicity for investing US$50,000 in Samuel Langley's disappointing Aerodromes.

After the first aircraft became a reality, military uses continually pushed the capabilities of this device to a higher level. In order to improve upon the scant reliability of early aircraft, militaries funded research and development of aircraft technology. The design and construction of aircraft was an intuitive discipline until shortly before World War I. As war loomed in Europe, militaries invested heavily in developing this new technology.

In the United States as well as everywhere else, endeavors to produce better airplanes through intuition alone caused a great deal of frustration. A plethora of physical problems and phenomena about the atmosphere and flight were discovered through military uses of aircraft. In the early days of aviation, Aircraft designers had no data that could be used for improving the designs of aircraft. In answer to these problems and because airplanes had become such important military hardware on the brink of World War I, the US Congress established the National Advisory Committee for Aeronautics, commonly known as the NACA in 1915. Part of the reason for this was that the United States had fallen far behind several European countries in aviation technology since the Wright brothers had first flown. As American involvement appeared more certain, the US prepared before its 1917 entry into World War 1.

Upon its inception in 1915, the NACA began to assimilate scientific data about every conceivable variable in aircraft design so that a scientific method of designing aircraft could be found. The NACA was equipped with a budget and equipment that independent inventors could not even imagine. NACA installed several wind tunnels and tested every conceivable variable of every imaginable component of an aircraft. To conduct its research, the NACA set up a new facility named the Langley Memorial Laboratory at Tidewater, Virginia. In reality, this was the beginning of Aeronautical Engineering. In these respects, every modern aircraft as well as many other items owes its design to the NACA. 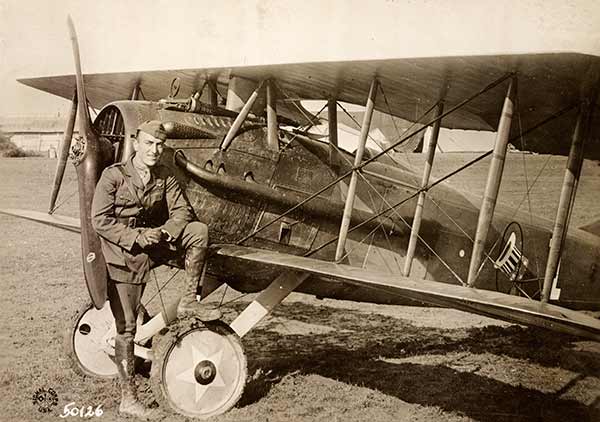 Although the NACA also had civilian objectives, its primary purpose was to create better military aircraft. It is important to remember that there were few civilian applications for aviation until well after World War I and that military capabilities are generally at least 10 years ahead of civilian technology. The working relationship between the NACA and the Department of Defense was very close.