Industrialization created many new economic opportunities and actually created entirely new economic systems in many instances. Industrialization also demanded new monetary and financial systems. Some of these changes were the result of the enormous number of new items that were suddenly available at a reasonable cost and in plentiful supply. New retail organizations, distribution systems and support industries emerged to serve the industrial sector. 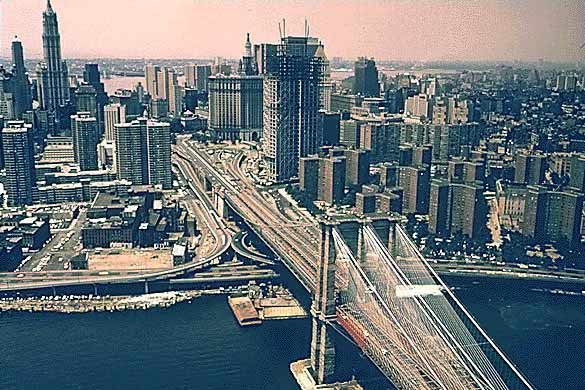 Industrialization created new financial systems and the systems of the feudal era began to disappear early on. The monetary systems of medieval times were phased out rapidly. The causes of this were military and industrial. In order to finance military campaigns, nations now found that they had to borrow money. The reason that money had to be borrowed was because of the need to purchase and produce large quantities of industrially produced military tools such as ordnance.

The need for defense capital gave rise to many new enterprises in the financial sector thereby affecting all aspects of the society. Whole new banking enterprises like international and investment banking emerged in the early part of the Industrial Revolution. Most of the largest banking houses of today sprang up during this period. Large banks wielded enormous influence over economic and monetary policy and molded the fiscal policy of the world. The result of this was that monarchies were no longer in direct control of monetary policy. In many cases, monetary policies and realities were now imposed upon nations by external forces.

Economic systems of the early Industrial Revolution had practically no controls, restrictions or safety mechanisms. This situation afflicted the currency, the banking sector and the general economy with great instability. The most common economic system was the free market system, especially in the United States where it initially emerged.

The free market economy could, and frequently did, make large and wild swings. Economies frequently went from boom to bust and currency sometimes became worthless overnight. There were many instances of financial panics during the 1800s and economic instability was an everyday thing. Often, frugal individuals went bankrupt during financial panics. Financial panics frequently caused the failure of otherwise solvent and well-managed institutions.

Other panics have resulted from the collapse of a leading firm in a market sector, such as the failure of a prominent bank. In the case of financial institutions, failure of one institution sometimes causes runs on other banks because confidence in the whole banking industry has been shattered. Ultimately, these factors create widespread economic instability thereby stifling economic activity because investors are reluctant to make commitments.