Battlefield techniques used in Europe until about the middle of World War I had been developed over thousands of years. The European techniques were very different from those of today and the soldiers generally engaged in classical formations on the battlefield. The influence of Alexander, Nebuchadnezzar and Rome were clear in these techniques. When establishing battlefield positions, the armies used siege warfare techniques, digging trenches and fortifying their positions. These methods had proven successful when attacking castles during the medieval era, but their use here caused a strategic standstill for several years, virtually a quagmire. 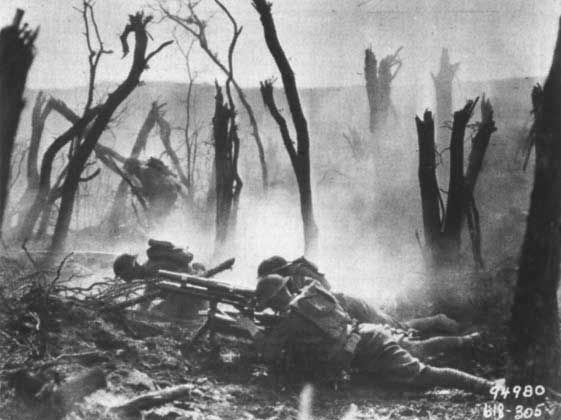 During World War I, it became obvious that classical battlefield techniques were ineffective with modern weapons. Many of the implements that should have resulted in substantial strategic advantages were not used to their best potential. For example, the tank, which made its first appearance here, was used in early operations where it would become stuck in the mud. After sufficient experience was gained, military leaders realized the potential and shortcomings of the new inventions. Gradually the combatants implemented new methods and strategies to optimize the use of new technologies, thus eventually ending the stalemate. The way that warfare is conducted changed substantially after that time. 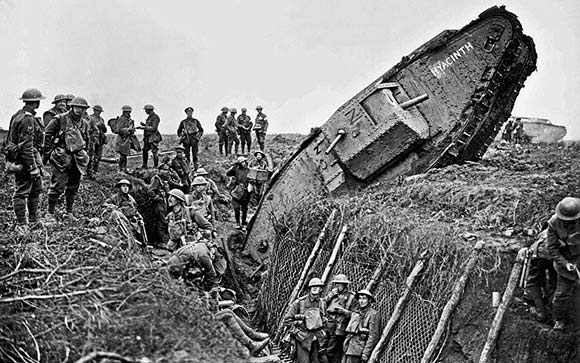 Cambrai was the first time tanks had been used in a such a diligent manner.
Photo: Imperial War Museum.