The United States Navy continued to use airships for a variety of applications until 1962 when they retired the remaining dirigible fleet, some of which were put into storage. The airships had been very useful to the Navy but newer technology made them seem obsolete.

In the 1940s and 1950s, the Navy used airships for shore patrol to protect merchant ships. They were also used as early warning radar stations in the early days of the Cold War. Some large radar airships could stay aloft almost indefinitely. One of the ships holds the World's record for flight endurance of eleven days. In March of 1957, the Navy's ZPG-2 flew from Weymouth, Massachusetts to Europe and on to Africa ending at Key West, Florida without refueling or landing. 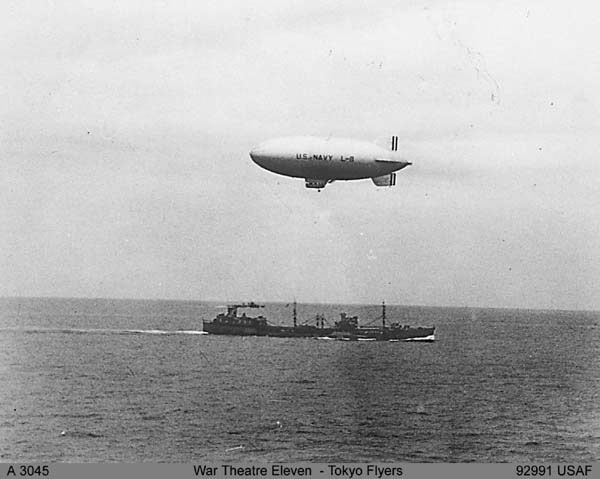 The Goodyear public relations blimps continued to travel through the skies up to the present time. During much of this period, they were the only airships flying. The Zeppelin Company continued in business, but, until recently, made its last airship in 1936. In the 1990s, the Zeppelin Company resumed manufacturing airships using more modern materials and helium as the lifting gas. The result is the new Zeppelin NT airship, NT standing for new technology. The Zeppelin NT first flew in 1997 and was certified in 2001. It is now available for public passenger service in Germany.

Perhaps the greatest limitation of airships is that they require many persons in a support ground crew making them expensive to launch and dock. The relatively small Goodyear blimps each require a ground crew of fifteen. Maybe someday airships will become more prevalent if improved technology can reduce the need for support personnel to operate them.