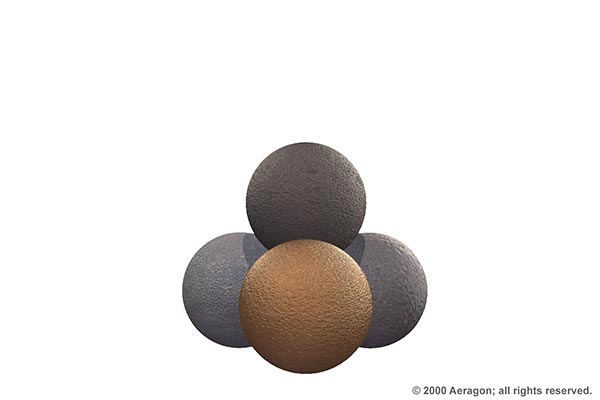 Some of the earliest manufactured ammunition consisted of solid lead, copper, brass, bronze or iron balls called shot. At the beginning of the age of explosively-powered artillery, metal ammunition was too costly and difficult to make to be common. One important factor that limited the use of metal shot was that it generally weighed about three times more than stone, so the propellant charge had to be increased a corresponding amount. The brass and bronze cannon of the day were barely able to withstand use with stone projectiles, let alone anything heavier. Another practical limitation to using more black powder per round was the fact that it was very difficult and expensive to produce, and therefore scarce, until the 1800s. Shot made of lead was found most frequently in smaller caliber weapons. Stone and iron shot were sometimes covered with lead to help preserve the interior of the guns and to improve the fit between the shot and the gun. Generally, just one ball of the proper caliber was used at a time. By the time that spherical shot fell into disuse, after about 1870, cast iron shot was the most common type of solid projectile for large guns.