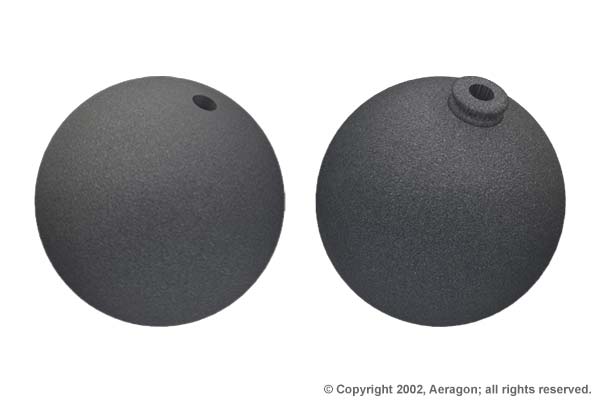 Hollow cast iron balls were developed by about the 15th century; naturally, they were called shells. A slow-burning fuze could explode a shell filled with black powder. Such devices were sometimes called bombs or torpedoes. The word torpedo referred to nearly any type of explosive device before about 1900. With early models of spherical shells, the shell’s fuze was lit by hand before the shell was placed into the gun. Early fuzes were extremely unreliable. It was not unusual for a shell to explode while it was being loaded into the gun and they were extremely dangerous for gun crews to handle. Sometimes, early shells exploded while still in the gun’s barrel, thus destroying the gun and frequently injuring personnel. Because of these problems, shells were normally used only with short-barreled guns. Eventually, they were placed into the bore for firing before the fuze on the shell was ignited and then the fuze for the gun would be ignited immediately after the fuze on the shell. In later versions, the propellant charge of the gun could ignite the shell’s fuze.