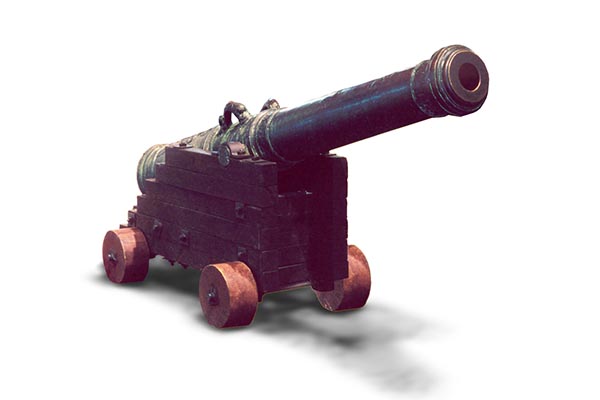 Successful bronze cannon were developed by the early 15th century. Some unverifiable records from Ghent (now in Belgium) credit Berthold Der Schwarze, a German Monk and Alchemist that is also known as Berthold Schwarz, as being the first European to cast bronze cannon.

Bronze was not a new material at this time and its ability to be cast in large pieces was the property that made it attractive to cannon makers. The bronze used for making sculpture and bells that was available when gun makers began trying to make bronze cannon was not suitable for ordnance. New alloys that could withstand the shock and pressure that cannon must be able to handle had to be developed. This was more than simply a matter of finding the correct proportion of copper and tin. Not only was metallurgy a development problem, but also, foundry techniques had to be devised that kept the castings from having bubbles and sponginess.

In the absence of science, all of these breakthroughs had to come through trial, error and intuition.