The first branch of the US military to have an air division was the US Army, which founded an air division during the American Civil War in 1864. As an official replacement for the civilian Balloon Corps of 1861, the division was a part of the Signal Corps or Signal Service, names that were used interchangeably from 1864 to 1891. The first time that an actual aeronautical division was founded was in 1907 and it was also part of the US Army Signal Corps. The aeronautical division was created as the Army worked to develop and acquire its first heavier-than-air flying machine from the Wright Brothers, which it completed in 1909.

The aeronautical division was upgraded in 1914 and again in May 1918, when the War Department made the aeronautical division a separate branch of the US Army. This branch was called the US Army Air Service and in 1926, it was renamed the US Army Air Corps. At this point, the Air Corps became a branch of the Army equal to the Infantry, Cavalry or Artillery, for example. In June 1941, the Air Corps had another metamorphosis when it was merged with other army aviation elements and made equal to the Army Ground Forces and Army Service Forces. It was now renamed the Army Air Forces. This organization continued in operation until after World War II, when it was separated into an entirely new branch of the US military - like the Army, Coast Guard or Navy - named the United States Air Force on 18 September 1947. 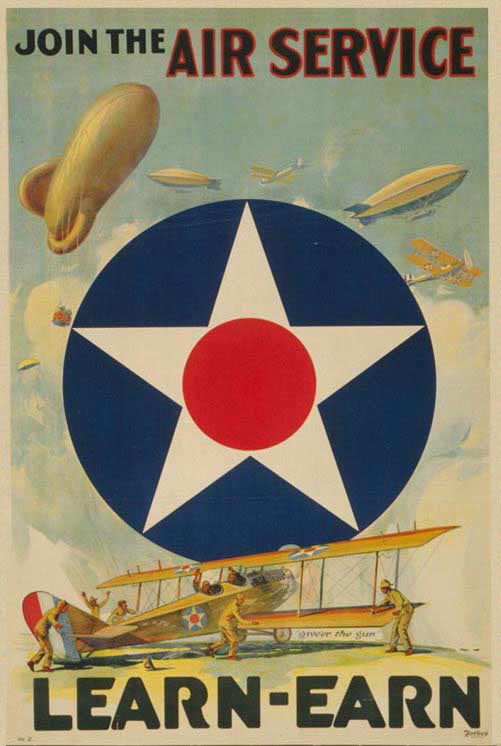 Although the US Army Air Corps evolved into a separate branch of the US military, the Army continued to operate its own aircraft, as it does today. This air capability traces its origins to 1942. During World War II, the Army Air Forces became increasingly engaged in combat and strategic missions, sometimes not having sufficient resources to assist artillery forces with spotting targets. Aerial targeting was crucial for successful artillery missions, however, and the artillery corps began to use their own small airplanes for this purpose. Known as organic aerial support, the results were successful and a separate aviation branch of the army was created to fulfill this need. The use of organic support aviation continues today in all branches of the US military.