Charles Renard and A. C. Krebs built the first successful craft that could more-or-less be considered an airship. Named the La France, it flew 5 miles, or 8 kilometers, on its voyage of August 9, 1884.

In 1898, experiments with new gasoline engines for steering balloons by the Brazilian Alberto Santos-Dumont showed promise. Alberto Santos-Dumont equipped a cigar-shaped craft with a gasoline engine driven propeller allowing him to steer and propel his ship. On October 19, 1901, he successfully navigated a seven-mile (11km) course above Paris winning the Henri Duetsch prize of 125,000 francs for his feat. 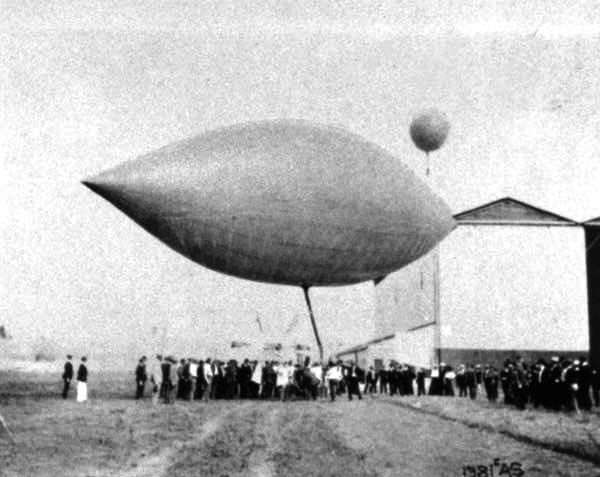