Ammonium Nitrate is an explosive that is also useful for fertilizer. It is not used much as a military explosive in its simpler forms, but when mixed with other explosives like TNT, it is encountered frequently in military explosives. It has been around since the mid-1800s, but early problems with moisture kept it from being widely used as an explosive. These problems were solved through various means and today ammonium nitrate is usually manufactured in prills, or small round pellets. It is formulated this way so that it will flow freely when used for fertilizer. Ammonium Nitrate can be combined with various other explosives and it is very stable. Therefore, it needs a substantial charge to cause it to detonate. 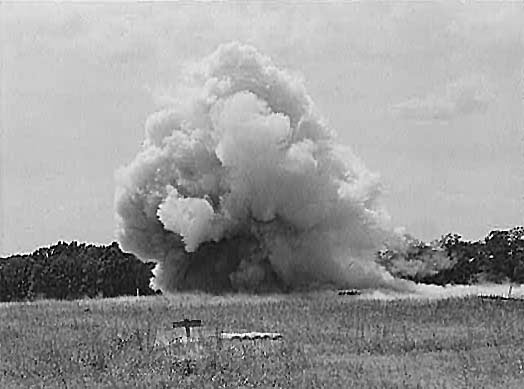