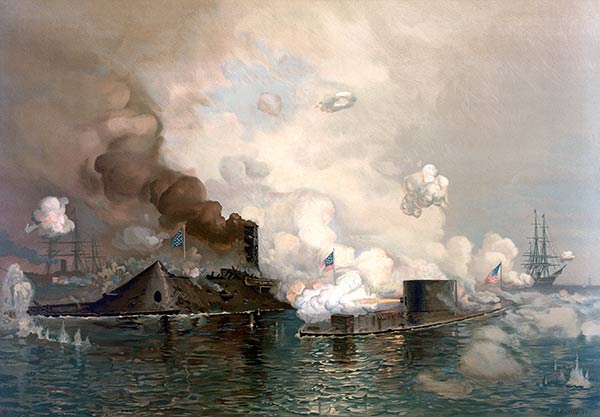 Although these recent innovations were used for military purposes during the engagements, the armed forces were sometimes reluctant to embrace new technologies. On occasion, the inventors and entrepreneurs of these new technologies visualized military applications for them and had to persuade the War Department to use them in military efforts.

The military men of the nineteenth century were not trained to see new gadgets as solutions to the problems of warfare. They had been schooled in techniques that were more-or-less classical and the product of long traditions. Experimenting with new devices can jeopardize an entire operation so it took a bold new approach to try any of the many newfangled contraptions that were proposed at the beginning of the conflict.

Apart from the new devices that are outlined here, there were hundreds of other proposals to the US War Department for machines intended to bring a swift end to the war. The Confederate States also received hundreds of proposals and tended to try more of them than the Northern States did. Perhaps it was because the Confederacy had the best officers or perhaps it was because of their strategic disadvantage in materials and personnel.

The records from the period are full of novel ideas and it is intriguing to consider what difference they might have made had they been tried. Some of the more plausible concepts include a double barreled cannon that fired chain shot, breech loading repeating rifles, ironclad batteries on wheels and various improved artillery shell designs. Some of the inventions were tried and put into use in combat with successful results. Many new weapons were incorporated into the equipment of the armies and changed warfare forever. Despite the interesting aspect of all of this new technology, it is impossible to forget that the new weapons made warfare far more deadly than ever before. The American Civil War was one of the bloodiest wars in history.