Mathew Brady, famous for photographing most US Presidents during that period, enjoyed great success in the photography field before the Civil War. He was certain that photography could be useful and valuable during wartime. At the beginning of the war, he decided to make a complete photographic record of the entire conflict. He hired twenty assistants, some of whom later became famous in their own rights, to help him record all of the events of the Civil War.

Brady invested US$100,000 (about 2 million of today's US dollars) in this project and was certain that the US government would buy the photos and provide a nice profit for them when the war was over. Unfortunately, the US government showed no interest in the pictures for some time, and Brady went bankrupt during the financial panic of 1873. He was then forced to sell his studios and galleries and could not even pay the storage fees for the negatives of the Civil War photos. The government later purchased the negatives at auction for about $2800. Some of Brady's friends in the government eventually convinced Congress to pay Brady an additional $25,000 for the images, but he was still insolvent and eventually died a pauper in a New York City hospital charity ward. Nevertheless, Mathew Brady did succeed at creating a comprehensive photographic record of the Civil War and the value of his collection is incalculable today. 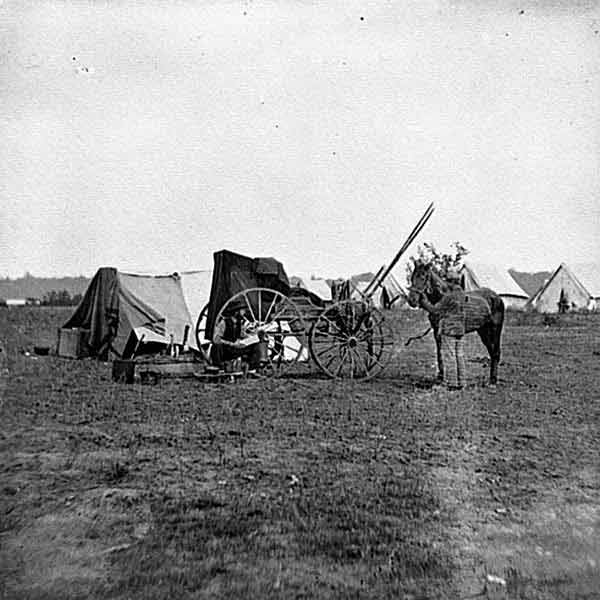 The US Military did eventually see the value of visual records and soon after the Civil War began to profusely record nearly everything in photographs. This has produced a valuable historical record of technology and military activities of immense value.