Experimentation occurred with new types of guns that are predecessors of the modern machine gun. None of them were actually machine guns in the strict sense of the term. Most of these newly devised guns were operated by a hand-crank, a feature that definitively prevents them from being classed as machine guns. One of these devices was the Coffee Mill Gun, a design with a single barrel that had a hopper to feed cartridges into the chamber. It was not especially successful. Another of the new designs for rapid-fire guns was the Gatling Gun. There were also several other types of less-notable rapid-fire guns designed for the Civil War. 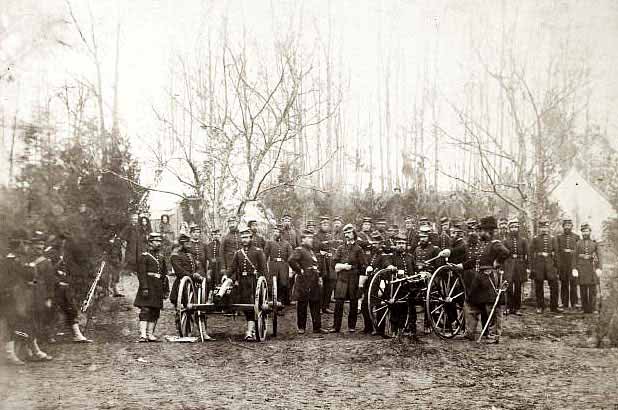 The officers of the 96th Pennsylvania around an Ager "Union," Coffee Mill gun in February, 1862.
Coffee Mill Gun on the right.
Library of Congress.