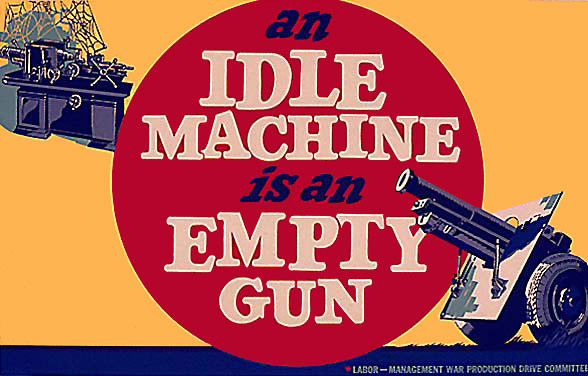 Because of the importance of cannon in the outcome of war, it became increasingly necessary to produce them rapidly. This caused a shift from agrarian and arts-and-crafts type societies to industrial societies capable of mass production. The production of arms was the prime motivation for industrialization. Armament manufacturing created the improvements in technology and processes that made industrial manufacturing practical. The definitive roots of industrialization, and the Industrial Revolution proper, can be traced directly to the manufacture of arms. In many instances throughout industrial-era history, the manufacturing of consumer goods was frequently simply utilization of excess materials and munitions-manufacturing capacity that resulted from peacetime. For example, cellulose plastics proliferated in western culture after World War I as did aluminum items, particularly cookware, after World War II.