Slavery and the American Civil War

For the most part, the political posturing surrounding the slavery issue involved secondary issues. In the South, the constitutional right of the states to set policy and create law was the most debated issue leading to the American Civil War. The question of states' rights is a common one in American law. This issue led to the succession of eleven states and eventually the debate about succession caused war to break out. The cause of the states' rights rift was the slavery issue, which was actually caused by industrialization. 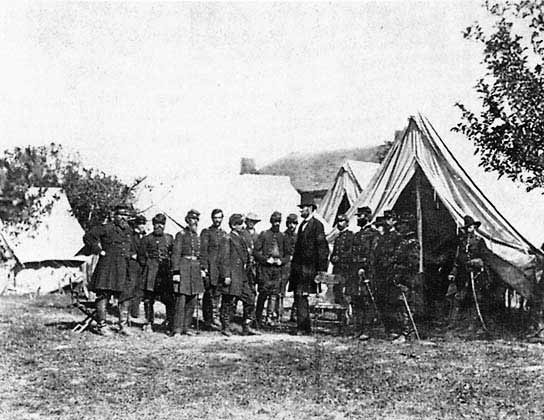 Before the cotton gin was developed, slavery was becoming unprofitable. For this reason, the issue of slavery received little attention. However, new technology made the slavery problem grow exponentially because it required many more men to feed the machines thereby exacerbating the social problems. Slavery was one of the major underlying reasons for the Civil War, but the initiating event cannot be traced to it. In fact, it was not until after the battle of Antietam in late 1862 that President Lincoln gave the Emancipation Proclamation making slavery a prominent issue in the war. It now became a moral issue and a rallying cry for Union forces. However, the underlying and unrecognized cause of the conflict was that the transition from an agricultural to an industrial society required a fundamental change in the structure of the society and that transition was being implemented explosively. In short, industrialization caused the war and war caused industrialization.