There is wide variation in the historical record from Mesopotamia, the location of Babylon, in the period from 3000 – 4000 BC, but it is believed that this is where and when the wheel was invented. Archeologists and historians believe that the wheel was invented around 3500 BC and some experts are certain that it is was invented for military applications. Evidence is lacking that any other types of vehicles besides military chariots existed during or before that period.

It is thought that the earliest wheels were simply solid disks sliced from tree trunks and then mounted on axles. Since an object made that way would split very quickly, improved Mesopotamian wheels have been recovered that were more-or-less solid cylinders made of planks held together with wooden cleats and copper nails. The most common design for these wheels from Mesopotamia used three planks. Cleats are boards running perpendicular to the primary assembly fastening it together. While information about anything from this far back in history is sketchy, the Babylonians did entomb many chariots with their dead, so some chariots have been recovered. Chariots were also chronicled in funerary and public bas-relief sculptures.

The wheel has been reinvented and improved many times since the first examples of Mesopotamia and it is known that one of the most important improvements to the wheel was the spoke design; it was developed around 1450 BC in Egypt where military chariots were mass-produced. These wheels had four-spokes and were much lighter-weight than solid wheels. Simultaneously, the rest of the Egyptian vehicle became much lighter and more sophisticated. This basic design of spoke wheels continued in use throughout much of the world without radical changes until about the 19th century AD. 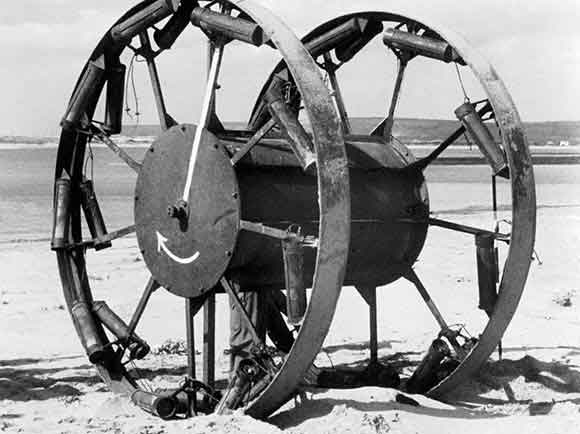