The dedication of Solomon’s Temple took place during the 7th month known as Ethanim on the religious Hebrew calendar. Since the Babylonian Exile, this month goes by the name of Tishrei or Tishri. It is the most important month for holy days in the Hebrew year. In fact, the holy days of this month are known as the High Holy Days. The first month is Nissan and Pesach known as Passover in English occurs in Nissan. This occurs around Easter. 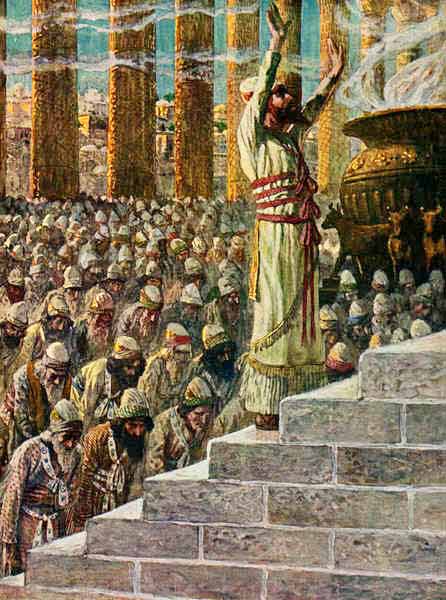 There are two Hebrew calendars one for secular use and one for Jewish religious observances. The common calendar numbers the Hebrew months differently than does the religious calendar. That is to say that the religious year begins on a different month than the first month on the common calendar. In earlier times, the names of some months were different from today. For those unfamiliar with the Jewish calendar, the 7th month known as Ethanim and later known as Tishrei does not equate to summer or July, but more nearly to a fall period running from mid-September to mid-October.

Precise Timing Of The Temple Dedication

While one can explore the possibility that there was not sufficient time for the critical preparations to get ready for the Holidays of Ethanim the 7th month because the temple was just completed, it is notable that the builders completed the temple in the 8th month, the month of Bul, almost a year before the assembly of dedication. In consideration of this, it then becomes clear that the temple sat empty and idle just waiting for the special moment – the wrong moment - to hold the Dedication of Solomon’s Temple.

1 Kings 6:38 And in the eleventh year, in the month Bul, which is the eighth month, was the house finished throughout all the parts thereof, and according to all the fashion of it. So was he seven years in building it. (JPS)

1 Kings 8:2 And all the men of Israel assembled themselves unto king Solomon at the feast, in the month Ethanim, which is the seventh month. (JPS)