Today, balloons are used for pleasure and sport and still have scientific and military applications. Balloons continue to be used for many different purposes and a significant number of the great firsts in aviation history were achieved with them. Many of the altitude records of aviation history, some as late as the 1960s, were set with balloons. Some balloons achieved altitudes so high that they actually left the atmosphere and orbited the earth. During the early days of the space program, some satellites were hybrids between satellites and balloons. Balloons have been used as portable radio towers and extensively for atmospheric research experiments. Balloons for atmospheric research are sometimes called thermasondes or radiosondes, depending on how they are equipped. There are also modified configurations of the balloon's basic shape, some of which are called tetroons. These are simply balloons shaped similar to a tetrahedron. Most of the unusual configurations are used for very special purposes, such as aerial buoys. Balloons were used extensively to study atmospheric currents up to the 1970s and still serve this role today, but in a much reduced extent. 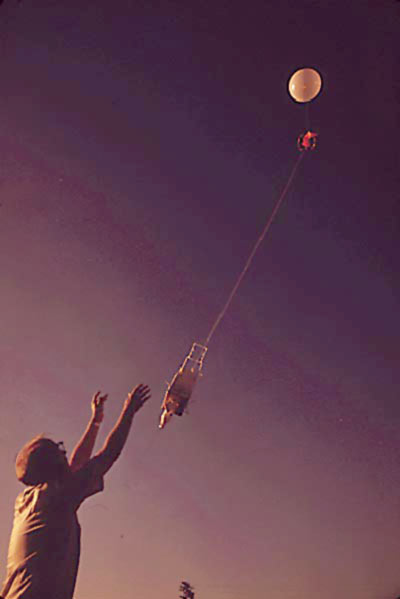