Medieval maces frequently had a chain connecting the mace head to the handle and the head usually had spikes. Eventually, they were made of iron as was the case with many other military objects. Maces were probably at their height of development during the medieval period and their use diminished after that time. Maces nearly disappeared as military arms by the 1700s and there are no known military uses of them today. They are still found in ceremonial use in legislatures and the like today. 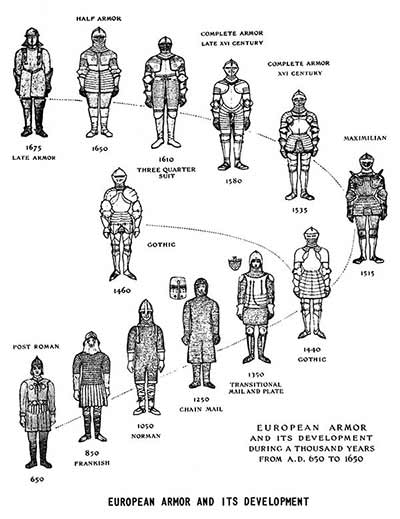 European Armor and its Development During a Thousand Years from 650 to 1650.
Department of the Army. US Army Materiel Command.
Office of the Chief of Ordnance. Watertown Arsenal.
National Archives and Records Administration.
National Archives at Boston; Waltham, MA.

During this period, suits of armor also appeared and they were eventually made of steel. Armor probably contributed greatly to the development of steel due to the imperative for greater resilience and lighter weight inherent with this type of device. As with the mace, suits of armor had a relatively short epoch. 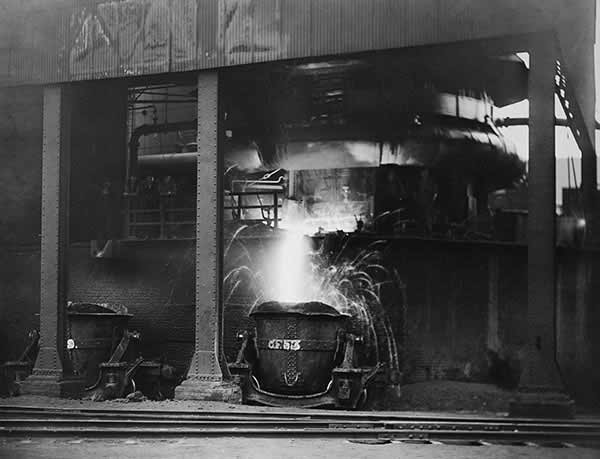 Most armories began to use iron for their products and the processes of forming and producing this material were advanced in this endeavor. Over the course of time, metal workers began to develop steel, but this material was extremely expensive. It should be noted that there was really no understanding of any chemical processes of metallurgy involved is this pursuit, but through trial-and-error armories and armors did manage to produce steel repeatedly. “Damascus Steel” is a good example of this. Steel continued to be extremely expensive and the only other common application of it was for the springs of clocks and watches. Steel was generally more valuable than gold for some time. 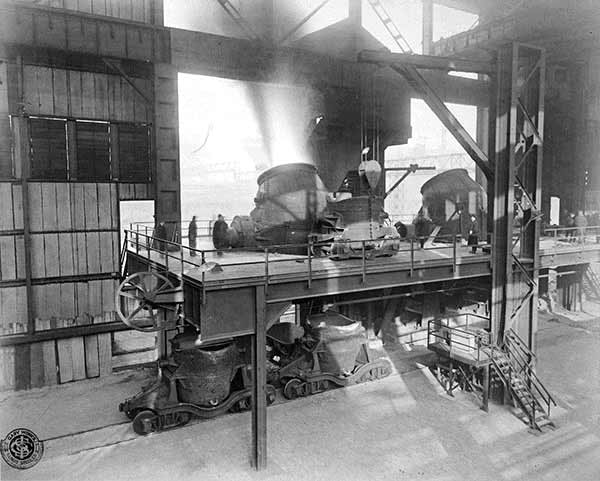 This state of affairs continued for an extended period of time with most metals being extremely expensive. This changed radically with the invention of the Bessemer Process and furnace in 1855, just before the US Civil War. This brought remarkable change to material technology and greatly reduced the cost of iron and steel items. Suddenly, steel became a feasible material for many applications. Its use proliferated rapidly and this metal is the backbone of the modern era.

Around the time of the US Civil War, several other significant improvements in metal smelting processes became available further increasing the widespread application and reducing the cost of this material.