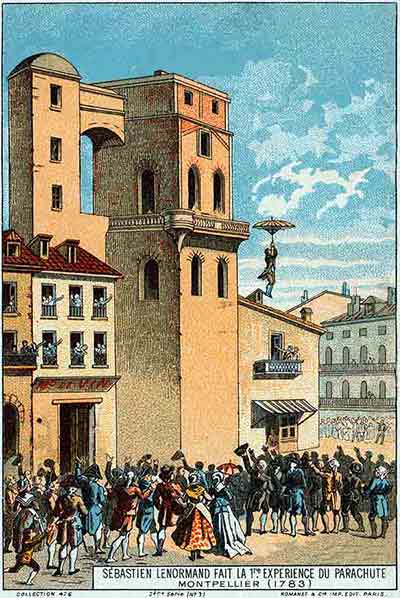 Shortly after mankind gained the ability to rise into the skies, he soon decided to jump back to the earth. André Jacque Garmerin of France was the first person to parachute from a balloon. He successfully completed his jump over Paris on October 27, 1797. 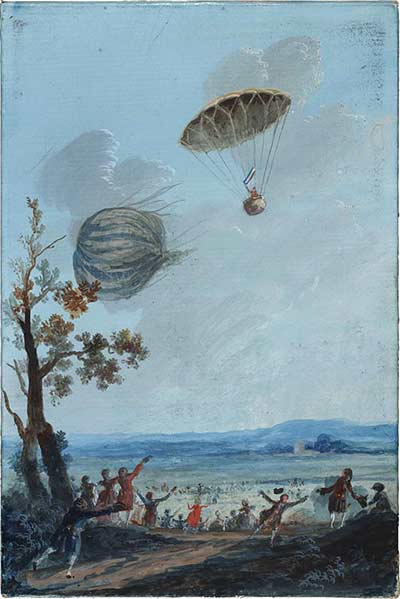 First Parachute Descent from a Balloon.
The first successful parachute descent from a balloon was made by Frenchman André Jacques Garnerin (1770–1823) in Paris on October 22, 1797. When opened, the parachute resembled a huge umbrella about thirty feet in diameter. It was made of canvas and was attached to a hydrogen balloon, shown streaming away at the left in this copy of a well-known painting by Etienne Chevalier de Lorimier. After being released at 3,000 feet, the parachute swung violently side-to-side because the canvas could not “spill the wind,” allowing air to pass through it.
Premier descent en parachute, 1797. Gouache and watercolor.
Library of Congress. Prints and Photographs Division. Washington, D.C.