Alfred and Immanuel Nobel of Sweden developed dynamite while searching for a safe way to use nitroglycerin. They applied nitroglycerin to diatomaceous earth. This absorbed the nitroglycerin and made it much more stable and safer to handle. This mixture was wrapped in a paper cover like a giant firecracker. Dynamite is so stable for the most part that it needs an initiator, usually in the form of a blasting cap, to set it off. Other fillers besides diatomaceous earth can also be used such as saw dust and other fibers. Dynamite was patented in 1867. 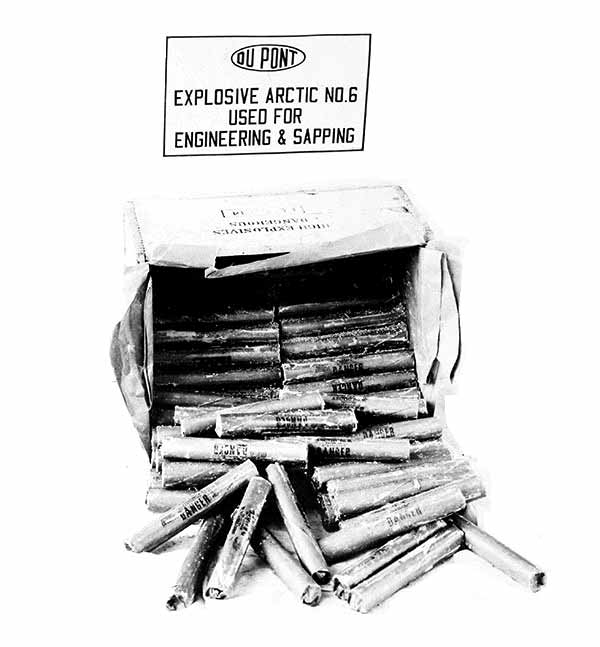 There were various attempts to use dynamite as a propellant, but it was too powerful. Dynamite was also tried as a propelled charge in artillery and naval guns. Dynamite cannons were built in the late 1800s that used compressed air to launch charges of dynamite at targets. This technique was used during the Spanish-American War. The results were disappointing; however, and dynamite guns more-or-less disappeared by World War I. Dynamite found a variety of uses as a military explosive for blasting. There were numerous modifications and improvements to basic dynamite in subsequent years. 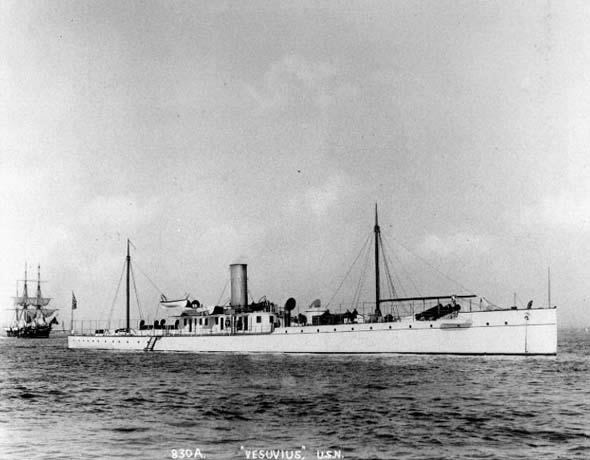 SS Vesuvius, a 930-ton 'dynamite gun cruiser' built at Philadelphia, Pennsylvania, was commissioned in June 1890. Her armament was unique, consisting of three 15-inch pneumatic guns that fired special high explosive projectiles. She served along the U.S. East Coast during her early years. In the Spanish-American War, Vesuvius was employed off Cuba, using her heavy guns to bombard Santiago de Cuba. In 1904, she was converted to a torpedo test ship and spent the remainder of her career at Newport, Rhode Island. Vesuvius was decommissioned in October 1921 and sold for scrap in April 1922.
Naval History and Heritage Command.
United States Navy.
Washington Navy Yard, Washington, D.C.