Although there are many explosive substances, not all of them are suitable for use as military explosives. Military explosives need to be stabile, thus implying resistance to shock, moisture and other considerations that come about through the nature of their use. 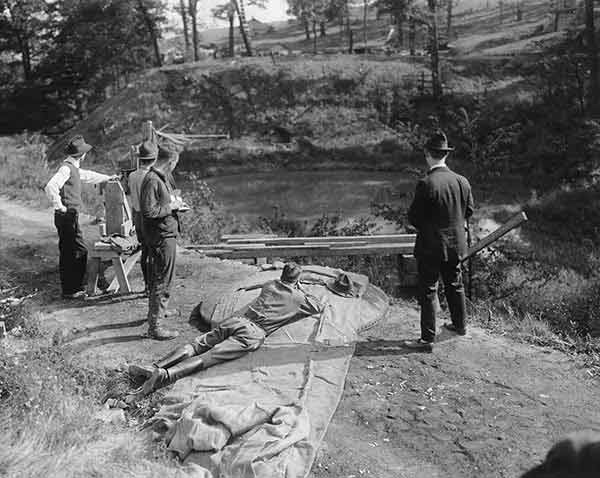 This officer's target is a sample of high explosive.
Only explosives which cannot be detonated by a rifle bullet are suitable for military use.
War work of the Bureau of Mines. 14 November, 1918.
US Bureau of Mines.
Photo: US Army Signal Corps.
National Archives and Records Administration.
Still Picture Branch; College Park, Maryland.

They usually need to be capable of being stored for long periods of time without significant deterioration. Some of the explosives included here are not actually used as military explosives today, but were at one time. 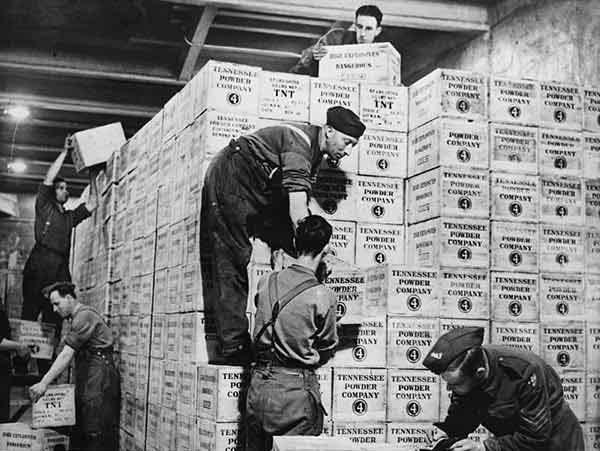 Cases of TNT gunpowder shipped from the USA under lend-lease are stacked in the dump in a tunnel 100 feet underground dug out of solid rock, in western England.
Photo: US Army Signal Corps.
National Archives and Records Administration.
Franklin D. Roosevelt Library. Hyde Park, New York.