The communist philosophy originated in Russia during the mid-19th century. It is both a political and economic system. Communism is somewhat based on the socialist philosophy, but is different in many ways. Some people refer to communism as socialism, but this is very misleading. Karl Marx and Friedrich Engels published a pamphlet titled "Manifesto of the Communist Party" in 1848. Marx and Engels named their system "communist," rather than "socialist," to distinguish it from utopian socialism. 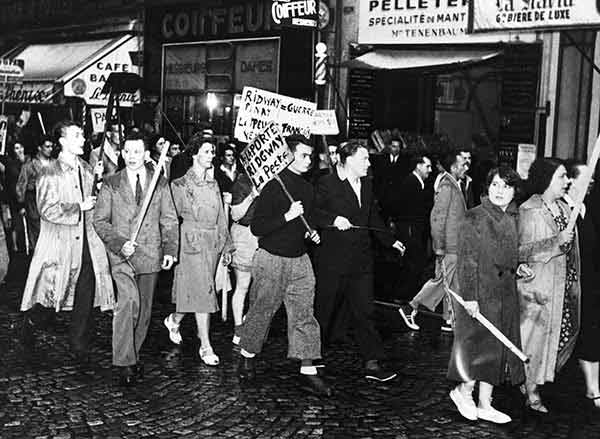 The manifesto defines communism as the abolition of private property. Near the end of the Communist Manifesto, they called for the forcible overthrow of all existing social institutions. The manifesto did not define most other aspects of the movement, however, so many details were left open to change. This created the possibility for major fundamental changes when Lenin, sometimes known as Nikolai Lenin, came to power in the revolution of 1917. Many changes may have resulted from the numerous problems encountered while establishing a new government in Russia. Lenin had many problems setting up the new government and establishing a working economic system.

Lenin, the mastermind of the revolution, did not believe that ordinary workers could know what is best for them and he believed that full-time managers should control them. Lenin's views created a more severe government than some of the followers of Marxist philosophies had envisioned, and the party split into two factions. One of the factions, Lenin's Bolsheviks, believed in more government control of the country and the other faction, the Mensheviks, were more moderate. After Lenin's death, Joseph Stalin strengthened the communist party in Russia and promoted communism in other nations. Eventually, the communist system became one of totalitarian control. Russia was the only communist country until after World War II.

The Communist Manifesto stated the belief that the basis of communism was historical materialism. Marx and Engels believed that economic forces determine the course of history. They thought that they could explain all history as a struggle between the ruling classes and oppressed groups. Marx thought that capitalism must inevitably give way to socialism. This would come about through a struggle between the bourgeoisie, who owned the factories and machines and the proletariat, the class of modern wage earners.