Solomon deals with Abiathar the Priest 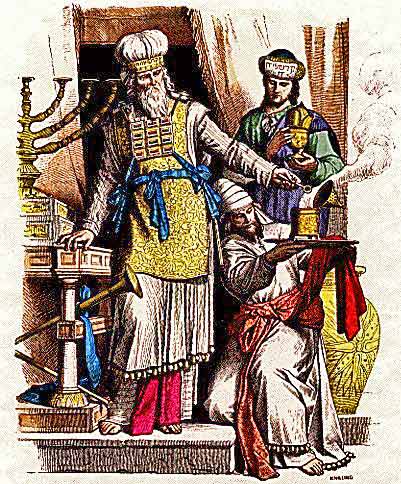 Jewish high priest wearing a hoshen, and Levites in ancient Judah.
The History of Costume By Braun & Schneider, circa 1861-1880.

In 1 Kings 2:26-27, one will find the story of Solomon removing Abiathar from the priesthood. This was not something that David requested. According to the Torah, the Levites were separate and served God directly. It is therefore clear that Solomon did not have the authority to do this nor did he have any authority over the priesthood. For this arrogation he should have been removed as king.

The Levites
Deuteronomy 18:18:1 The priests the Levites, even all the tribe of Levi, shall have no portion nor inheritance with Israel; they shall eat the offerings of the Lord made by fire, and His inheritance. 2 And they shall have no inheritance among their brethren; the Lord is their inheritance, as He hath spoken unto them. 3 And this shall be the priests' due from the people, from them that offer a sacrifice, whether it be ox or sheep, that they shall give unto the priest the shoulder, and the two cheeks, and the maw. 4 The first-fruits of thy corn, of thy wine, and of thine oil, and the first of the fleece of thy sheep, shalt thou give him. 5 For the Lord thy God hath chosen him out of all thy tribes, to stand to minister in the name of the Lord, him and his sons for ever. 6 And if a Levite come from any of thy gates out of all Israel, where he sojourneth, and come with all the desire of his soul unto the place which the Lord shall choose; 7 then he shall minister in the name of the Lord his God, as all his brethren the Levites do, who stand there before the Lord. (JPS) (Emphasis added)

Deuteronomy 12:19 Take heed to thyself that thou forsake not the Levite as long as thou livest upon thy land. (JPS) (Emphasis added)

Apart from the fact that King David never requested that Solomon remove Abiathar and that Solomon did not have the authority to remove a priest, one will notice that this occurred, "that the word of HaShem might be fulfilled, which He spoke concerning the house of Eli in Shiloh"