The prophecy at Shiloh

The prophecy at Shiloh was the word of the Lord spoken about the judgment that would fall against the house of Eli because of the corruption of his sons Hophni and Phinehas. The prophecy was largely fulfilled at that time. The only remaining elements of this prophecy that extended beyond the days of Eli included that the descendants of Eli would never live to see old age and would die in the prime of life. However, there was one point that is fulfilled in 1 Kings 2:27 that is peculiar to this exact time. This clause is not portable to other times and could only be fulfilled here. 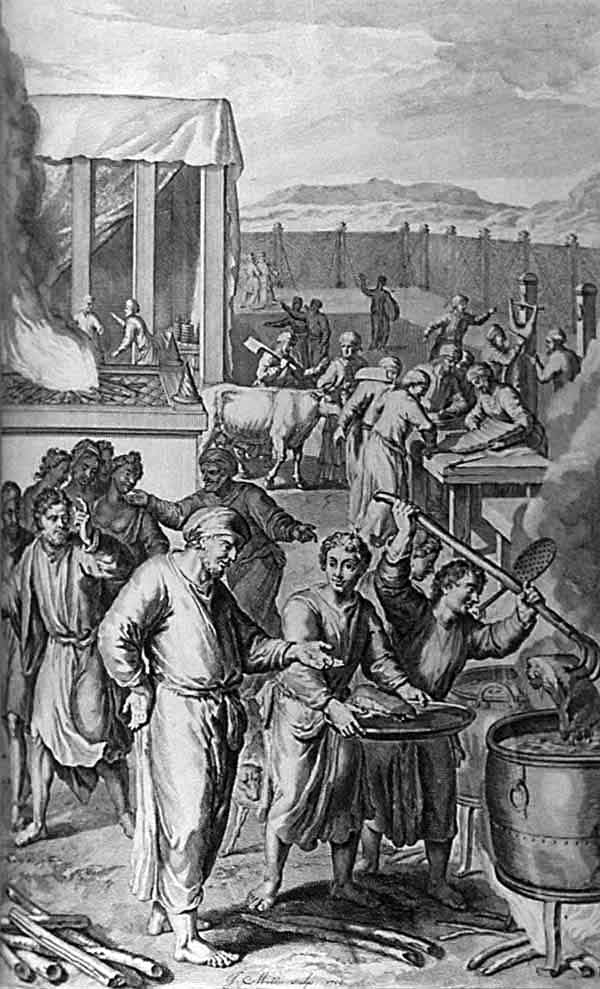 1 Samuel 2:30 Therefore the Lord, the God of Israel, saith: I said indeed that thy house, and the house of thy father, should walk before Me for ever; but now the Lord saith: Be it far from Me: for them that honour Me I will honour, and they that despise Me shall be lightly esteemed. 31 Behold, the days come, that I will cut off thine arm, and the arm of thy father's house, that there shall not be an old man in thy house. 32 And thou shalt behold a rival in My habitation, in all the good which shall be done to Israel; and there shall not be an old man in thy house for ever. 33 Yet will I not cut off every man of thine from Mine altar, to make thine eyes to fail, and thy heart to languish; and all the increase of thy house shall die young men. 34 And this shall be the sign unto thee, that which shall come upon thy two sons, on Hophni and Phinehas: in one day they shall die both of them. (JPS) (Emphasis added)

Eli lived to see most of the prophecy at Shiloh fulfilled very shortly after Samuel delivered it. Eli died the same day as his sons after hearing of the calamity that had befallen them and the ark. The descendents of Eli were subject to shortened life expectancy through various unspecified tragedies - except for those that were cut off from the altar. The only portions of the prophecy at Shiloh that can come into play at the time of Solomon are those points that pertain to priests cut off from the altar or being expelled as a priest. One element is that Abiathar was spared from the curse. However, there is one more extremely interesting point to this prophecy. 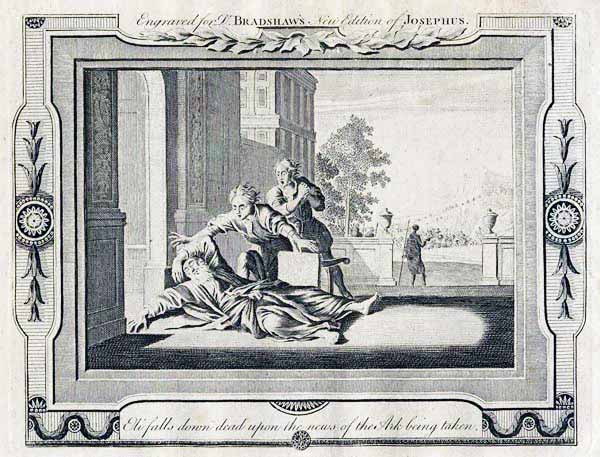 The Death of Eli.
"Eli falls down dead upon the news of the Ark being taken."
Copper engraving published in Dr. Bradshaw's New Edition of Josephus, circa 1790.