Zadok the Priest and the Temple Dedication 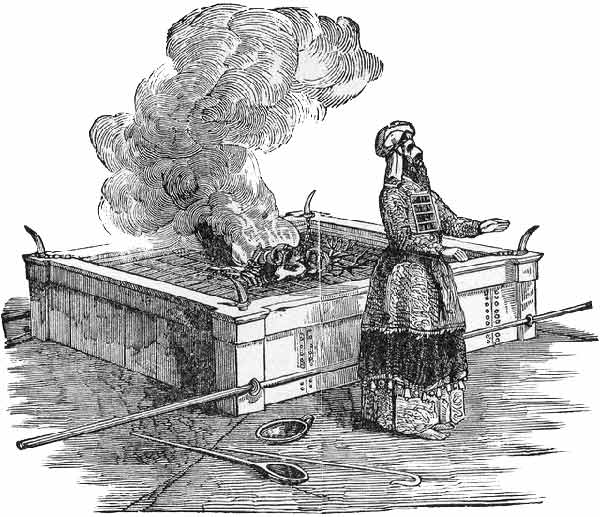 Ezekiel mentions several things that had to have happened while Solomon was the king. This is clear because the only priests that will be allowed to serve in the inner sanctuary in the future must be descendants of Zadok. It is highly notable that David placed Zadok in charge of the altar at Gibeon. We know that Zadok was a priest during David's reign and he was the priest that anointed Solomon. His priesthood continued into Solomon's reign of forty years. One must conclude that whatever happened that caused the problems that Ezekiel is talking about had to happen during the early part of Solomon's reign because the priests were limited to a working life of twenty-five years (Numbers 8:23-26). Some are of the opinion that Zadok was dead before Solomon's Temple was finished, but it was not possible to substantiate this with authoritative evidence. Nevertheless, it is certain that the cause of the lot of the descendants of Zadok did not happen during David's reign.

Ezekiel 44:15 But the priests the Levites, the sons of Zadok, that kept the charge of My sanctuary when the children of Israel went astray from Me, they shall come near to Me to minister unto Me; and they shall stand before Me to offer unto Me the fat and the blood, saith the Lord GOD; 16 they shall enter into My sanctuary, and they shall come near to My table, to minister unto Me, and they shall keep My charge. 17 And it shall be that when they enter in at the gates of the inner court, they shall be clothed with linen garments; and no wool shall come upon them, while they minister in the gates of the inner court, and within. 18 They shall have linen tires upon their heads, and shall have linen breeches upon their loins; they shall not gird themselves with any thing that causeth sweat. 19 And when they go forth into the outer court, even into the outer court to the people, they shall put off their garments wherein they minister, and lay them in the holy chambers, and they shall put on other garments, that they sanctify not the people with their garments. (JPS)

Ezekiel does mention the cause of the limitations that are placed on the Levites that are not of the seed of Zadok and some type of idolatry caused the problem.

Ezekiel 44:10 But the Levites, that went far from Me, when Israel went astray, that went astray from Me after their idols, they shall bear their iniquity; 11 and they shall be ministers in My sanctuary, having charge at the gates of the house, and ministering in the house: they shall slay the burnt-offering and the sacrifice for the people, and they shall stand before them to minister unto them. 12 Because they ministered unto them before their idols, and became a stumblingblock of iniquity unto the house of Israel; therefore have I lifted up My hand against them, saith the Lord GOD, and they shall bear their iniquity. (JPS)

If one compares the instances of David going before the ark with those of Solomon, it is apparent that David allowed the priests to perform the duties of the priesthood while it is obvious that Solomon personally performed most of the priestly duties at the dedication of the temple in the presence of the whole assembly of Israel. In fact, Solomon performed the ceremonies after the priests had departed because of the dark cloud that filled the temple.