The French brought their ballooning skills to America in January of 1793 when François Blanchard ascended in a balloon in Philadelphia. President George Washington and a large crowd of onlookers witnessed the event. Benjamin Franklin had witnessed a test flight of Charles' balloon in 1783. 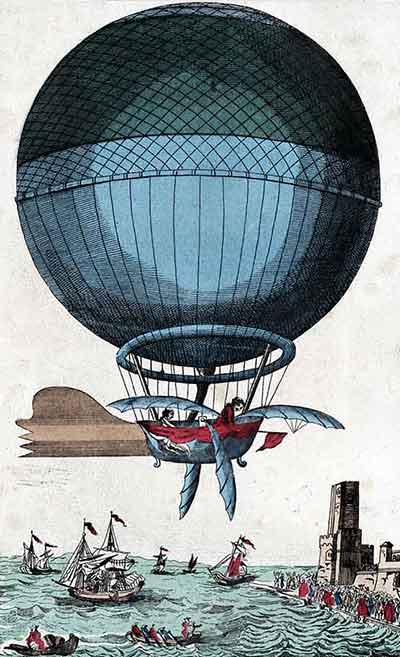 Charles Ferson Durant experimented with dropping leaflets from balloons in 1820. A great showman, Durant would sometimes ascend very high in his balloons and allow them to burst and then use the ruptured balloon as a parachute to return safely to the earth. He also developed a portion of his performance where it would rain cats and dogs. In this part of the show, he put parachutes on the animals and threw them overboard.

John Wise was one of the earliest commercial aeronauts performing at many county fairs and other entertainment venues throughout the United States. He made many ascents while engaged in this business and refined many aspects of ballooning as a result of his experience. One of his developments, the ripping panel, is still used. Wise devised the ripping panel to release the lifting gas rapidly so that the wind would not carry a landing balloon away. 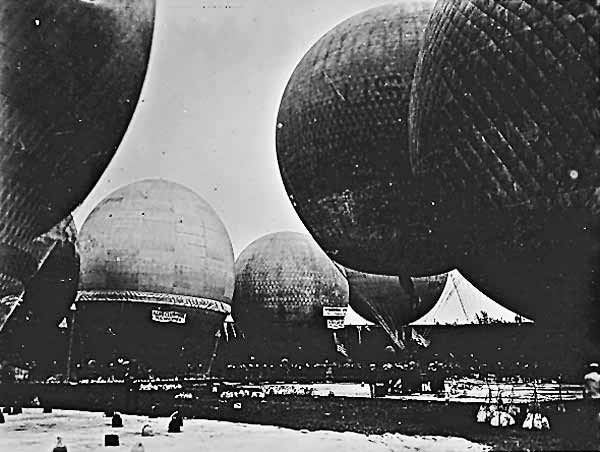