Balloons were used the first time for military purposes during the French Revolutionary and Napoleonic Wars (1792 - 1815). France created a balloon corps called the Aerostiers in 1794 for aerial reconnaissance in tethered balloons. The corps was not used much. A short time later, Napoléon used balloons again during his Egyptian campaign. 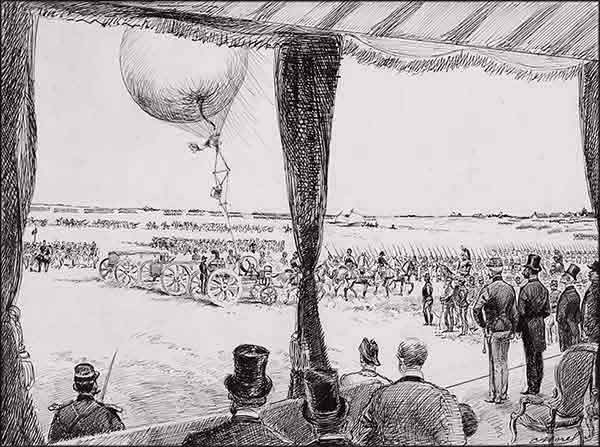 Defilé de la Cm. d'aerostiers 187_.
Ink drawing: C. Morel.
Drawing shows a parade with one of the balloons used in the Siege of Paris (1870-71) and a group from the Compagnie des aerostiers militaires, with officials in a reviewing stand in the foreground.
Source: A.G. Renstrom, LC staff, 1981-82.
Library of Congress, Prints and Photographs Division, Washington, D.C.

Balloons were later used in Europe during the Franco-Prussian War of 1870-1871. During this war, balloons not only found use for aerial observation, but also, innovators experimented with other uses for them including aerial bombardment.

During the Franco-Prussian War, the Prussians laid siege to Paris, which was cut off from the outside world for an extended period of time. The clever Parisians sent mail by balloon and many important political figures escaped the city in them. By the end of the war, more than ten tons of payload and 164 passengers had left Paris by balloon. It was not a coincidence that the Prussians were the first to develop antiaircraft artillery. They also established their own balloon corps before the Franco-Prussian War ended. 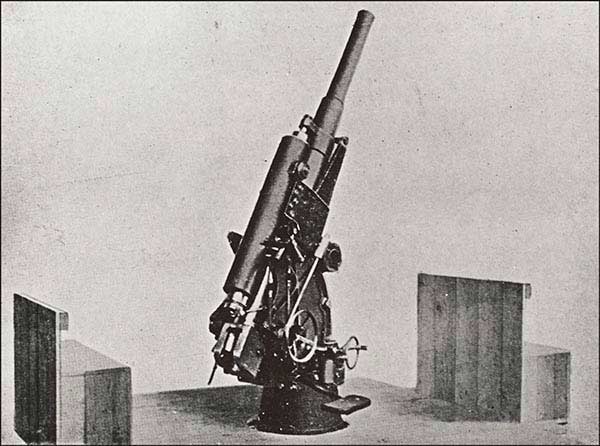