Powder makers found that it was best to make powder in a water mix and then dehydrate it because the results were more consistent and the process was much safer. This process of corning powder was developed early in the 15th century. The addition of water while processing the materials avoided the problem of building up excessive heat from the friction of grinding the materials. This also facilitated the application of powered mixing equipment to the process so that larger batches of powder could be made. 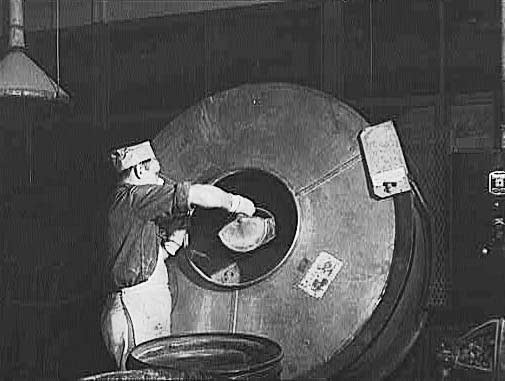 For large batches of powder, a mechanical device needed to be used because mixing the materials is extremely laborious. Mechanized processing became common in the 15th century. Waterpower was used to drive early mechanized powder processing equipment. Today, electrically driven ball mills are used. Powder makers found it to be somewhat safer to pulverize the charcoal and sulfur together and then crush the potassium nitrate in a separate operation. These two materials were then mixed in an additional grinding operation. Eventually, the materials form black powder. 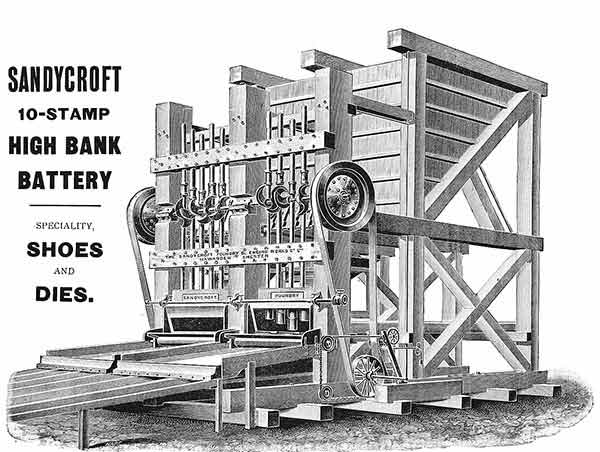 After the grinding operations, the material was pressed and dried into sheets or cakes. After it had dried, it was sent through a stamp mill with a series of mechanically tripped wooden hammers that beat the material into grains. Wooden apparatus was used to avoid sparks that caused explosions. The grains were then tumbled to remove sharp edges and then screened to obtain a consistent particle size. In later years, graphite was added to the final tumbling process to seal the grains from absorbing moisture so easily. Grains that were not of a suitable size could be recycled back into the wet slurry to make more powder.

This process formed various sized particles and the larger ones were called corns because they were about the same size as a grain of maize. Powder made from the large grains was called corned powder. Powder makers and artillerymen found the larger particles made a better powder and corned powder was highly sought after. Its physical and chemical properties were far more consistent because it was mixed more thoroughly; and this avoided some of the problems of decomposition that afflicted serpentine powder.