Black powder was really the definitive discovery that separates the modern era from the medieval era, technologically as well as intellectually. The use of explosives gave birth to modern science and a huge push to mechanization. It was through the use of black powder that combustion and other basic scientific principles came to be understood. 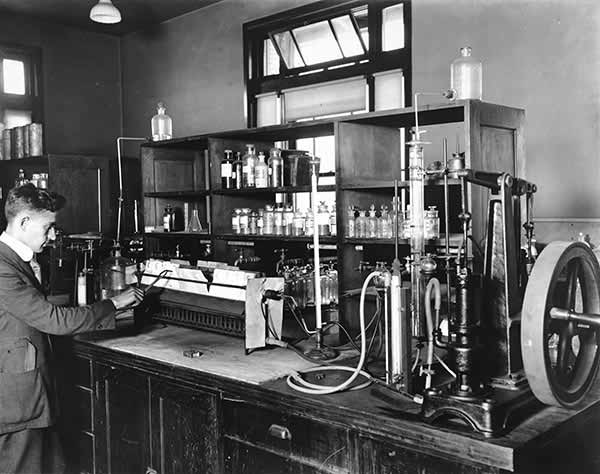 War Work and the Bureau of Mines, 1918.
The Bureau took up an elaborate series of tests of military explosives, determining the nitrogen content of tetryl by the Bureau of Mines modification of the Dumas Method.
US Bureau of Mines. US Army Signal Corps.
National Archives and Records Administration.
Still Picture Branch; College Park, Maryland.

Black powder became increasingly important for the survival of societies and it was very expensive. Since armories soon began to produce more and larger cannon, more-and-more powder was needed to power them. In fact, some of the early large guns required more than seventy pounds, or thirty-two kilograms, of black powder per round. 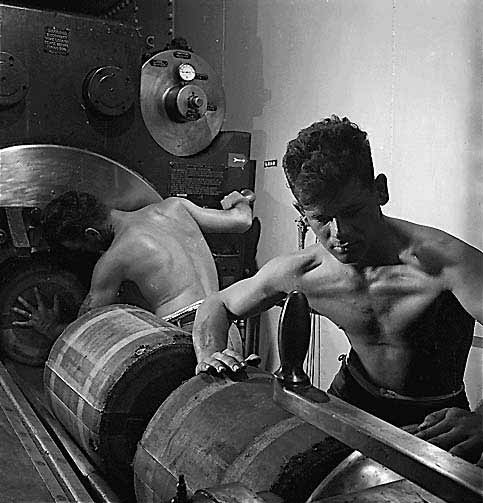