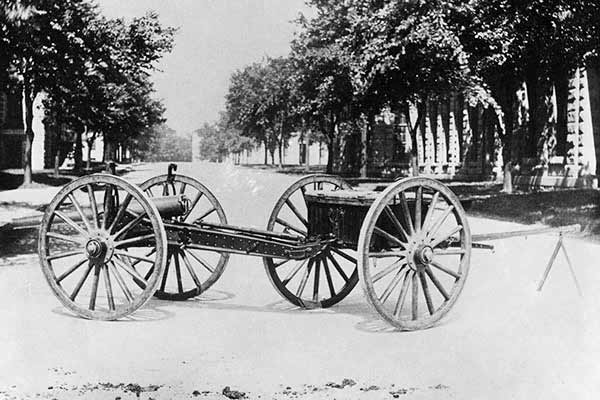 By the end of the 15th century, French armament manufacturers improved gun carriages and they were called limbers. They incorporated a frame to which the barrel was mounted that trailed to the ground and this was mounted on a pair of large wheels. The wheels and trailing end of the gun carriage absorbed recoil by rolling backwards and digging into the ground, respectively. As cannon became stronger, the trailing end would sometimes be dug into the earth. The gun always stayed on its mounting and wheels and this made cannon much more mobile. The trailing end of the gun carriage could be hitched to another limber or caisson that could be drawn by a team of horses.