Mechanical artillery was also used for the first known instance of biological warfare. Corpses and filth could be flung from mechanical artillery and the Black Plague or Bubonic Plague epidemic that swept through medieval Europe is thought to have been caused by this practice.

The battle that nearly wiped out Europe actually occurred far-away at the Black Sea port of Kaffa in the Crimea - now known as Theodosia, or more officially, Feodosia, Ukraine. In 1346, the Genoese outpost there was under siege by the Tartars, led by a Khan of the Golden Horde named Yanni Beg. The Tartars brought the plague with them from Asia and were overcome by a severe outbreak of it during the siege. 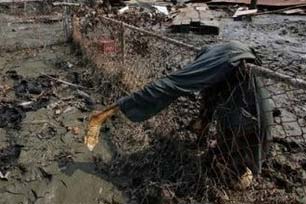 Hoping to inflict the same fate that had befallen his troops upon his adversaries, Yanni Beg ordered that the plague victim’s corpses be catapulted over the walls into the city. The Genoese residents of Kaffa frantically dumped the corpses into the sea, but to no avail – some were already infected. After the colonists began to contract the disease, they fled the city in their ships, taking the plague back to Italy with them where it soon spread across all of Europe.

One of the earliest known uses of biological warfare killed more than one-third of the mammalian population of the entire continent of Europe - including England. The human death toll was over 25 million people. From 1347 to 1531, bubonic plague made multiple passes through Europe killing more people and animals each time. The Black Death, as it became known, was the result of biological warfare gone awry.