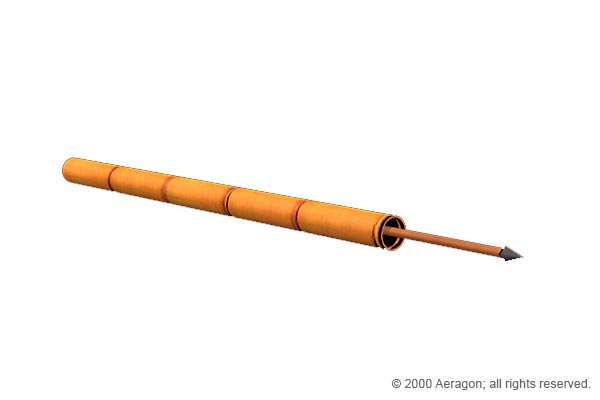 There is substantial evidence that the Arabs had developed the first gun by about 1300 in the form of a bamboo tube that could be charged with black powder and fired an arrow. It is also known that a device similar to a mortar that launched stone projectiles existed in China at about the same time. It is not known for certain which invention was first. 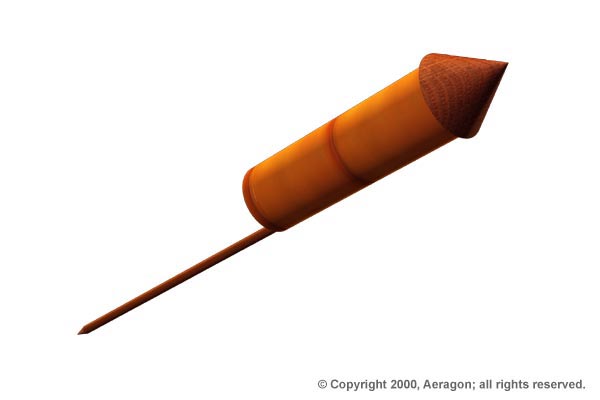 It is known that the Chinese developed rockets before this. A rocket is almost exactly like a cannon or mortar, but it works in the opposite way. Instead of firing a projectile, a rocket is turned upside down in relation to a cannon and the powder charge then propels the entire tube. There is no separate projectile used, but a rocket can be a formidable weapon by itself.