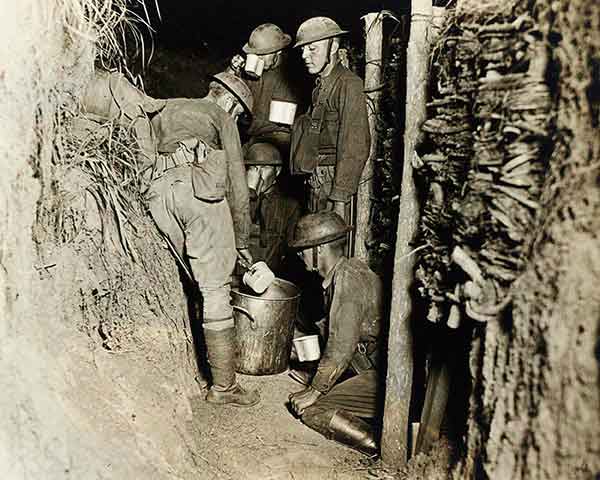 Drink was also a logistical problem for militaries and water was hauled along in many cases. Wine, beer and cider were also commonly provided for troops. These were made by fermentation and could by relied upon for safe drinking supplies where water safety was questionable. During the US Civil War, troops also received whiskey rations.