It is believed that a large portion of the nutrition of early military diets was from carbohydrates from various types of grains in the form of breads. Apart from fresh breads, there were types of hard breads that did not spoil rapidly and these frequently looked somewhat like crackers. 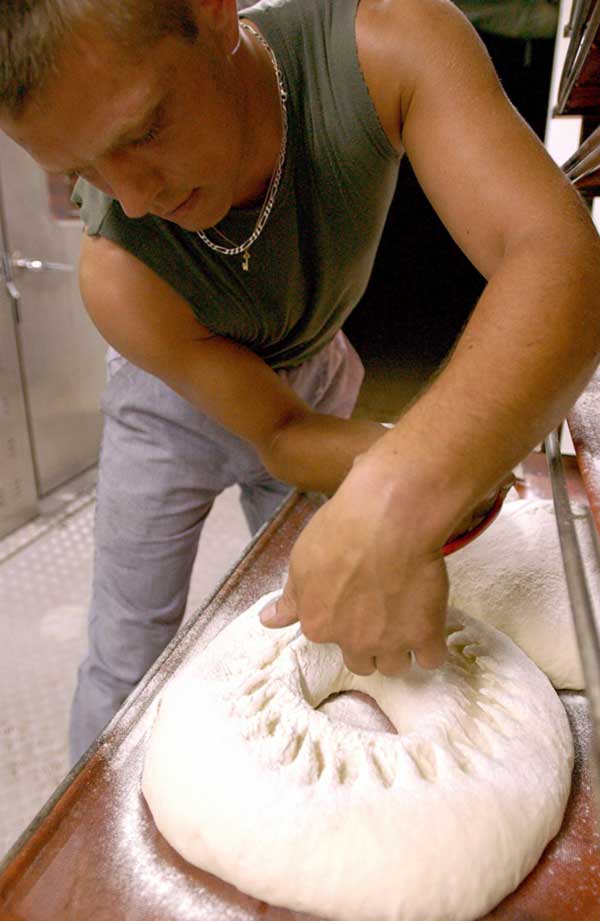 A French Army Soldier assigned to the Field Bakery Unit kneads bread dough during Exercise Bright Star 01/02. The French Field Bakery Unit, which has the capability to feed more than 10,000 troops a day, helped to provide USA Soldiers, German Army Soldiers and French Army Soldiers with fresh bread at Mubarak Military City in Egypt during Exercise Bright Star 01/02. Bright Star 01/02 is a multinational exercise involving more than 74,000 troops from 44 countries that enhances regional stability and military-to-military cooperation among our key allies, and our regional partners. It prepares US Central Command to rapidly deploy and employ the forces needed to deter aggressors and, if necessary, fight and win side-by-side with our allies and regional partners.
Photo: SRA D. Myles Cullen, USAF. 19 October, 2001.
US Department of Defense.
National Archives and Records Administration.
Still Picture Branch; College Park, Maryland.