With the discovery of fermentation, ancients also discovered vinegar; and that this too can be used for another preservative process of pickling. It also has dubious medicinal uses, but probably does have some valid utility as an antiseptic. Some of the foods that can be preserved by pickling, aside from the aforementioned vegetables, include dairy products, eggs, fish, fruits and meats. 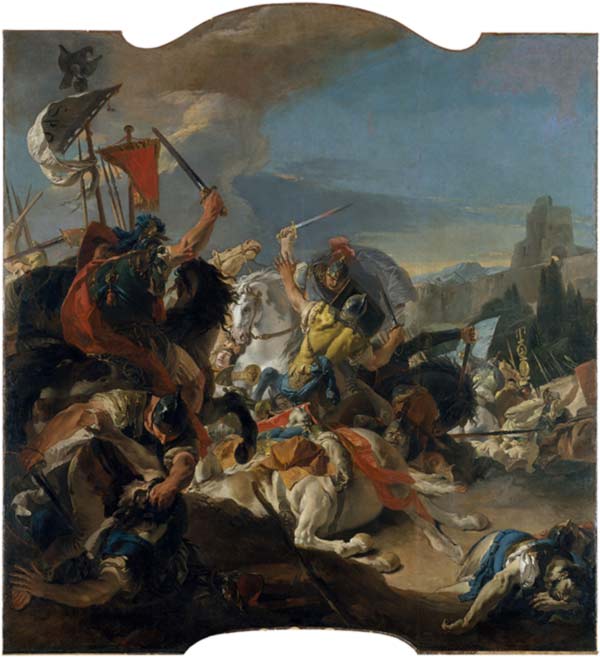 The Battle of Vercellae.
Oil on canvas: Giovanni Battista Tiepolo, 1725–29.
The battle has been tentatively identified as the great victory of Gaius Marius over the fierce Teutonic tribes in Lombardy in 101 B.C. The tribe of the Cimbri had crossed the Alps near Trent and invaded the Veneto, whose mild climate and delicacies reputedly sapped their strength. Their defeat saved Rome from conquest.
Metropolitan Museum of Art, NYC.