Ancient peoples had a number of food resources at their disposal that could be carried along by soldiers and sailors that had been treated in some way to reduce spoilage. It is difficult to separate military from civilian in many cases because many societies were in perpetual states of war. Consequently, it would really be speculation to say that these foods were devised for military purposes. Nevertheless, many of these items were frequently found in military operations. 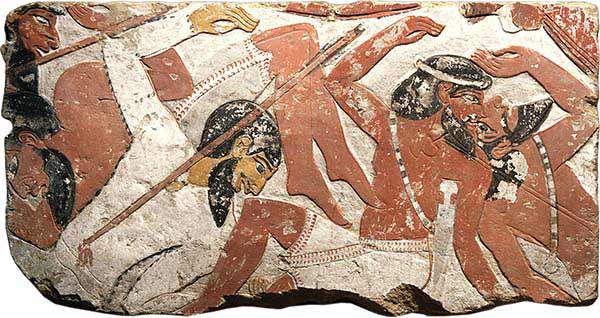