High-order explosives detonate. Generally, a detonation is brought about by a shock wave traveling at about or greater than the speed of sound through that particular material. This is generally from between 4,000 to 25,000 feet per second. The shock wave serves to break down the material into its constituent molecular materials. This frees up the fuel and oxidizer which heretofore were chemically bonded and they recombine to form gases, heat, light and other energy.

Primary explosives can be detonated from a simple source such as a flame, spark or impact.

Secondary explosives must have sufficient stimulus to initiate detonation. This is usually in the form of an additional explosive charge that sets up an initiating shock wave. A few of these materials also require a booster charge in addition to an initiator to cause them to detonate.

High-order explosives are available in many different forms and they are the most common kind of explosives. They are used for blasting and applications like fragmenting artillery shells and armor piercing ammunition. 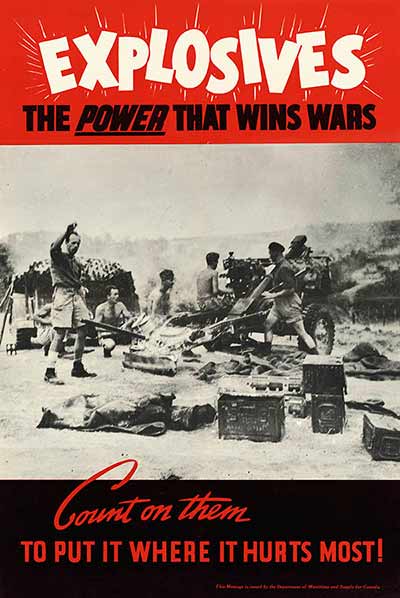